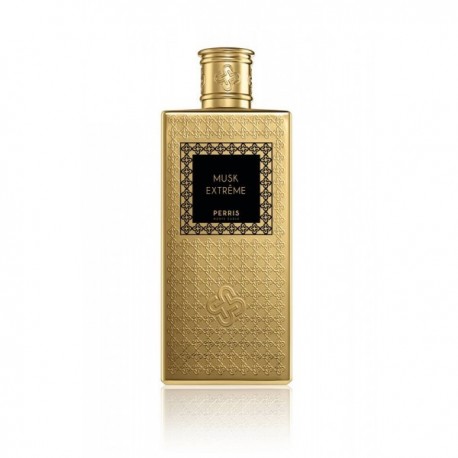 PERRIS MUSK EXTREME
The perfume is refined, very sensual, warm and persistent. Musk Extrême originates from a formula of the house Houbigant in 1928, where the aldehyde structure is enriched with Bergamot, Iris Absolute, Vanilla Absolute, Absolute Rose, and Civet Musk.

Notify me when available

The origin of the legend goes back to the Musk Indian mythology: the demon Pulaka, after having served a long and severe punishment in the form of antelope, obtained by the god Shiva, as a reward, the ability to issue a very intense aroma. From then on Pulaka, thanks to its fantastic scent, began to seduce women of God, thus breaking the mold and moral rules and religious. As a result, Shiva ordered Pulaka to abandon his demonic body, but gave him the opportunity to keep the perfume generated from his members, the "MUSK". This name, Musk, comes from the Sanskrit "mrgamada", and means "secretion of love Antelope". It is said that the Empress Josephine, Napoleon's wife and lover of scents, especially of Musk, were to use them with great generosity to seduce her husband and to secure his devotion, despite frequent protests of Napoleon. Josephine belonged to a group of fashionable young people called "Les Muscadins" to highlight their passion for the musk. Musk is the master of 'art perfume. It evokes an olfactory response extraordinary for its effect on the psyche and healing properties.

To emphasize and enrich the facets of Musk we added to the original formula a generous amount of molecules of modern Musk.

No customer reviews for the moment.